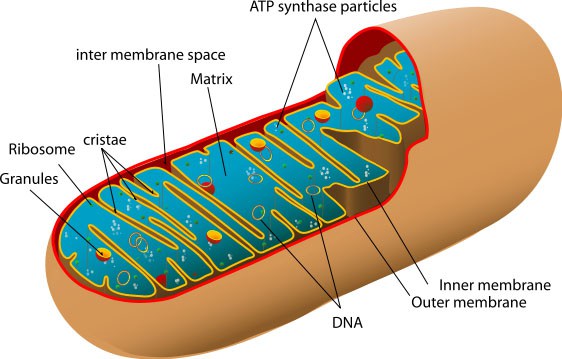 Thursday 15th November I had a neuromuscular follow up with my fantastic consultant Dr Ros Quinlivan at the National Hospital for Neurology and Neurosurgery. I’ve been seeing Dr Quinlivan after I was referred to the National Rare Mitochondrial Disease Service, of which the London service is based at the NHNN, in 2015. I was born with health problems, seeing various professionals, having physiotherapy, intensive support from a colorectal nurse in my early years and some treatment, but no diagnosis, and deteriorated through childhood until I became disabled and seriously ill at the age of 14. At 15 I was diagnosed with hypermobile Ehlers-Danlos Syndrome (hEDS) as this seemed to fit the symptoms and complications I was suffering from. However, over time it became clear that I didn’t quite fit the bracket of EDS and that my condition went beyond and was very different to the typical hEDS patient, and so it was often referred to “complex” or “atypical” EDS. Then at one point someone mentioned that my presentation could be a form of Mitochondrial Disease, or at least another neuromuscular disease, and I was referred to the National Rare Mitochondrial Disease Service to investigate this, and came under the care of Dr Ros Quinlivan as part of Professor Hanna’s team. Dr Quinlivan ordered various tests, including an EMG which showed myopathy, various other tests, a muscle biopsy and planned for me to be recruited onto the 100,000 Genomes Project. I also came under the care of the Neuromuscular Complex Care Centre (NMCCC), where I have regular “MOTs” and see various professionals whilst admitted for a few days, which enabled me to cut down my medical team as I know I’ll see a cardiologist, respiratory consultant, physio and so on whilst inpatient on the NMCCC.
It took until March this year, after waiting 2 years, to have the muscle biopsy, and the results take a while to come in.
At my appointment on Thursday, I received the results (minus one test on the muscle sample which is yet to return). On the biopsy, when they looked at the sample under a microscope, it looked abnormal but nothing definitively pointing towards a diagnosis, just evidence of the myopathy. She then went onto explain about the other tests. One was that the muscle sample showed low levels/deficiency of ubiquinone, which is often a feature of Mitochondrial Diseases. Then she went onto the tests looking at the respiratory chain complexes. Whilst Complex 5 testing hasn’t been completed yet, Complexes 2 and 3 were normal and Complexes 1 and 4 were abnormal, with Complex 1 being half the level it should be. These are all signs of a Mitochondrial Disease.
However, whilst we know it is a form of Mitochondrial Disease, we do not have a definitive diagnosis as to the type of “Mito” and the underlying genetic cause, which is where the 100,000 Genomes Project comes in. I have been recruited onto the 100KGP to have my entire genome sequenced, to try and find the underlying cause of my condition and hopefully lead to a diagnosis. The 100,000 Genomes Project finds the cause for 65% of patients with a rare disease, so I am hopeful we will find a diagnosis, however even if they don’t find the cause, they will continue to work on a potential diagnosis, comparing my phenotype (symptoms/presentation/complications) with other patients and testing us collectively to see if we share a common mutation. Even if this comes too late for me, I hope it will benefit other patients in the future. I feel relived in many ways that we have some evidence of what is wrong, even without an exact diagnosis/knowing the exact cause.

What does this all mean?

Obviously, I have talked a lot of medical words and scientific things, so now I will explain what these mean.

What Are Mitochondria & What Do They Do?

Mitochondrial are organelles found in every cell of the body (except red blood cells). Mitochondria are the powerhouses within cells, they convert nutrients including glucose combined with oxygen into the energy (ATP) the cells need to function, and they produce about 90% of the energy your body needs to survive. The mitochondria have processes to convert glucose and oxygen into ATP. Mitochondria have 5 respiratory chain complexes related to energy production and processing.

Cells make up tissues and organs in our bodies, for example the heart and liver. If our cells do not have enough energy, the tissues or organs do not work properly. In much the same way, if power stations do not produce enough energy there will be areas of blackout, where parts of the country cannot function.

The United Mitochondrial Disease Foundation (UMDF) say the following:
“The conventional teaching in biology and medicine is that mitochondria function only as “energy factories” for the cell. This over-simplification is a mistake which has slowed our progress toward understanding the biology underlying mitochondrial disease. It takes about 3000 genes to make a mitochondrion. Mitochondrial DNA encodes just 37 of these genes; the remaining genes are encoded in the cell nucleus and the resultant proteins are transported to the mitochondria. Only about 3% of the genes necessary to make a mitochondrion (100 of the 3000) are allocated for making ATP. More than 95% (2900 of 3000) are involved with other functions tied to the specialized duties of the differentiated cell in which it resides. These duties change as we develop from embryo to adult, and our tissues grow, mature, and adapt to the postnatal environment. These other, non-ATP-related functions are intimately involved with most of the major metabolic pathways used by a cell to build, break down, and recycle its molecular building blocks. Cells cannot even make the RNA and DNA they need to grow and function without mitochondria. The building blocks of RNA and DNA are purines and pyrimidines. Mitochondria contain the rate-limiting enzymes for pyrimidine biosynthesis (dihydroorotate dehydrogenase) and heme synthesis (d-amino levulinic acid synthetase) required to make hemoglobin. In the liver, mitochondria are specialized to detoxify ammonia in the urea cycle. Mitochondria are also required for cholesterol metabolism, for estrogen and testosterone synthesis, for neurotransmitter metabolism, and for free radical production and detoxification. They do all this in addition to breaking down (oxidizing) the fat, protein, and carbohydrates we eat and drink.“

What Is Mitochondrial Disease?

Mitochondrial Disease is a group of conditions affecting the function of the mitochondria, which fail to product sufficient energy for cell and thus organ function. This can have wide-ranging effects and complications as a result of that lack of energy and the related death or dysfunction of cells.
The Lily Foundation say the following:
“Mitochondrial disease, or ‘mito’, is the term given to a group of medical disorders caused by mutations in mitochondria, the tiny organelles that are present in every cell in our bodies and which generate about 90% of the energy we need to live. Cells cannot function properly without healthy mitochondria, so when they fail the consequences can be serious and wide-ranging.

Mitochondrial diseases affect people in multiple ways, depending on which cells are affected. This can make the condition hard to diagnose, as symptoms often resemble those of other serious illnesses. For example, a person with mitochondrial disease may suffer from seizures, fatigue, vision and hearing loss, cognitive disabilities, respiratory problems or poor growth. Any of the body’s organs and systems can be affected including the brain, heart, lungs, gut, liver and skin.”

Some useful links to explain this are:

The 100,000 Genomes Project is a project with the aim of sequencing 100,000 Genomes, with intake closing within the last month. This aimed to sequence the genome of people with cancer and the genome of their tumour samples, as well as to sequence the genomes of people with rare diseases to help diagnose patients. This was done with the aim of creating a new genomic medicine service for the NHS – transforming the way people are cared for and offering better diagnostics. This has the potential for the emerging field of precision medicine, where treatments are tailored to the individual based on their specific genetic makeup, ensuring they are on the right treatments, treatments they will respond to best. It also has the ability to diagnose patients better, more accurately and more efficiently, especially for those who have not had a result from traditional genetic testing. Not only that, but genomic medicine also allows us to map and better understand our genes and what different genes do and why and how and why certain conditions are caused. Now the project recruitment/intake has closed, they have sequenced or are sequencing 92,297 genomes – including mine, but also my mum’s (for comparison).

The Impact Of Mitochondrial Disease On My Body:

The Psychological Impact Of This Latest Revelation:

I feel relieved we have some clues as to what is going on, even without a concrete diagnosis, as we have evidence of faulty processes in my cells. It’s reassuring that we’re narrowing down a diagnosis and can say it’s a Mitochondrial Disease. It’s also sad, knowing that a diagnosis won’t change my life or affect my care or prognosis. However, knowing what/why, is so powerful. Knowledge is power, as they say, and this knowledge is definitely helpful to me, to have some answers. I can say “I have Mitochondrial Disease”, even if I can’t name the specific form of Mito. This is, mentally, so powerful for us.
I hope this blog is interesting to others and may prove useful in some form or some way, somehow, now or in the future. Don’t hesitate to get in touch with me on the contact page if I can be of any help or support.
Share This
Related Posts

In this blog I discuss strategic coproduction and peer leadership, the feeling of 'imposter syndrome'…

Dr Daniel Poulter MP, Did You Hear Me?

Dr Daniel Poulter MP, did you hear me? You probably won’t remember me; I gave…