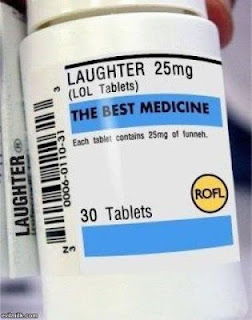 I have a bag; a really special, important bag. It isn’t Prada, Gucci or Louis Vuitton. It isn’t even designer. It comes on prescription, and some people use a new one every day; others every 2-5 days. Know what I’m talking about? It’s a stoma bag of course!
Be warned: this post mentions poo many times!
The thought of having a stoma and having to wear a bag that collects waste strikes fear or disgust in most people. It’s understandable; who’d want to wear a bag full of poo stuck to their abdomen? I thought the same, until I was faced with having a stoma to bypass my failing colon. The suffering and struggling I went through trying to get my colon to work made the decision to have a stoma very simple. I know not everyone gets the choice to have a stoma; in emergency situations some don’t know they’ll have a stoma until just before their operation, others not until after they wake up from their operation, but many patients are given the option – “elective surgery” – after many years of struggling with illnesses such as Bowel Cancer, Crohn’s Disease, Ulcerative Colitis, or Familial Adenomatous Polyposis.
I have an Ileostomy, which means the end of my small bowel – the Ileum – is brought out onto the surface of my abdomen. The colon is either removed or left in place; in my case my colon was left inside. A bag is worn over the end of the small bowel on the surface of the abdomen, which is called a stoma (hence the bag is known as a “stoma bag”). 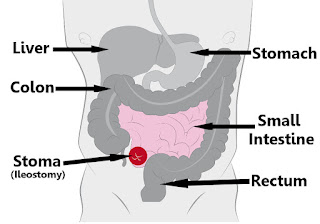 Like many with medical tubes, holes, devices and equipment, I have named my stoma. His name is Bertie. He is also known as Dirty Bertie, Spurty Bertie, Burpy Bertie, Hurtie Bertie, and some others, which one gets used depends on the situation, or which comes to mind quickest. His “birthday” (the day he was formed) is the 7th February 2012, so I recently celebrated his first birthday. Many within the stoma community call it the “stoma-versary”. Bertie is a typical man. He’s lazy, always buts in, likes to have the last word, lets everyone know of his presence, is noisy and rude, wears the same style clothes every day, can wear the same clothes for a few days on the trot, and is a general pain in the bum….or in my case, a pain in the stomach. Plus the way to get to him is through the stomach. See, a typical man! (No offence to men reading this, of course).
Life with Bertie can be quite exciting. As I said above he likes to make his presence known and likes to but in (pardon the pun), and he does this by passing wind. I have no control over it because the muscle you use to hold wind in, the anal sphincter is either taken out with the colon or left in its original position. This means you’ll hear the wind coming out at any particular time. The good thing is that you won’t smell it, because it is caught in the bag and exits the bag through carbon filters which take away the smell. That is unless I open, or “burp”, the bag to let out the air that’s built up in the bag, as the filters are rubbish and block quickly. Then you can imagine the smell is rather pungent as it’s lots of “condensed farts” as I call it!
He also enjoys blowing up the bags as if they are balloons, which means I have to “burp” the bag to let the air out or else my bag will lift and blow completely off, which means any waste still in the bag gives you a lovely shower. Not nice at all, but especially if you are out. One lady I know with a stoma was carrying her shopping home and just as she got to her back door her leg suddenly felt warm. After a few seconds she realised that her stoma bag had exploded off her skin due to a build-up of wind. Nice! NOT. I have woken up to the same many times. That is why we are taught to have an emergency bag change kit, just in case your stoma bag comes off or starts leaking.
There are also funny moments with changing the bag. Because you have no control over the stoma, you always have to be careful when you change your stoma bag; you learn when your stoma is quietest as that is the best time to change. Many a time I have had faeces squirted all over me during a bag change. One day when I was in hospital, a doctor brought round a group of medical students to learn about stomas. I was explaining a bit about what having a stoma is like and took my bag off to show them what a stoma looked like. Bertie being Bertie; a “typical man”, a great performer, and a pain in the…abdomen, he decided to give the students a demonstration. Thank goodness, as there was quite a number of them, they were standing in a large semicircle around my bed, or else one of them would have been covered in s……. Bertie seems to have another talent; good aim!
Thankfully, these tend to be rare occurrences, and decrease as you become more comfortable and competent with your stoma and stoma care.
Most people, including me before I got my stoma, think that others will be able to smell the waste and know you have a bag; you can’t. The bags will conceal the smell, you can get bag deodorisers, and many bags have carbon filters which let the wind out of the bag but remove the smell. Obviously it will smell when you empty it, just like it does when anyone goes to the toilet. Some believe having a stoma means other people will be able to see the bag in whatever you wear; not true, you can wear whatever you want and can hide the bag under most clothes. You can go swimming; the bag won’t come off. Some may consider it the worst thing in the world, but for many, it’s the start of a new life.

I hope you enjoyed a rather more upbeat post this week, and I hope I have not freaked anyone out with the topic. I also hope I have taught you a bit about stomas and bags and challenged your perception, and misconceptions, of having one.

For support and more information visit the Ileostomy Association
http://www.iasupport.org/