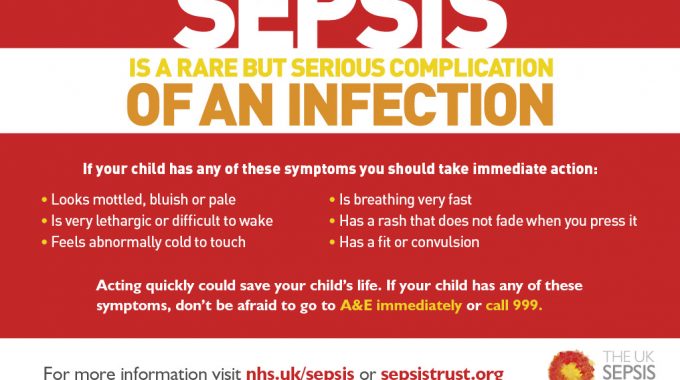 September is Sepsis Awareness Month and Wednesday 13th September is this year’s World Sepsis Day. My family has been touched by sepsis a number of times. We know too well how serious sepsis is. There’s an estimated 150,000 cases of sepsis in the UK each year, and around 44,000 deaths. Myself and my relative should be part of that 44,000, but we are fortunate to have survived. I have survived more unscathed than my relative. However, I have pre-existing conditions that predispose me to having sepsis, which means I am more likely to suffer sepsis repeatedly, as I already have.
What is sepsis? Sepsis is a life-threatening condition that arises when the body’s response to infection causes injury to its own tissues and organs. Despite common misconceptions, sepsis is not the infection itself. Your immune system protects you from many illnesses and infections, but it’s also possible for it to go into overdrive in response to an infection, which is what occurs in sepsis. Common signs and symptoms include fever, increased heart rate, increased breathing rate and confusion. Severe sepsis is sepsis causing poor organ function or insufficient blood flow. Insufficient blood flow may be evident by low blood pressure, high blood lactate, or low urine output. Very severe cases of sepsis can lead to septic shock, which is a medical emergency. Septic shock is low blood pressure due to sepsis that does not improve after reasonable amounts of intravenous fluids are given.
I’m 23 years old and a 12 times sepsis survivor. 12 times, I could’ve been part of the 44,000 who don’t make it. To survive once is great, twice is lucky, to survive three times unusual. To survive 12 times? I don’t even know what to call that. However I can say with certainty, it isn’t luck that’s enabled me to survive a dozen times, it’s good care. Admittedly, my care hasn’t always been perfect, even in the throws of sepsis, but thanks to the expertise of my fantastic specialist teams I have had the care I require to survive and they have meant that I have successfully overcome sepsis 12 times. 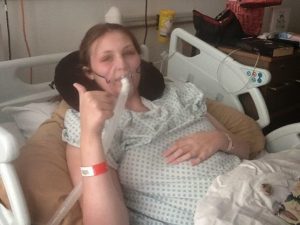 Why have I had sepsis so many times? I’ve had sepsis from various underlying infections. I have a number of complex, life-limiting conditions that mean I have multi-organ failure and a lot of intervention is required to keep me alive, as well as an immune system that doesn’t always recognise or fight infection. I have a permanent central line known as a Hickman Line, which gives constant intravenous access directly into my heart. My nutrition, TPN, is administered through this line over 21 hours a day, and I also receive intravenous fluids and intravenous medications every day. I simply wouldn’t survive without permanent intravenous access, nor the intravenous feeding, fluid and medication I receive each day. However, this line and the high glucose content in my feeds, mean I am prone to infections in the line which can then spread into my bloodstream, overwhelming my body and causing sepsis. This has happened four times, where an infection has settled in my line, spread into my bloodstream and my bodily reaction has escalated to sepsis. These infections have caused me to lose lines, on which my survival depends. I have also had sepsis resulting from an operation, occurring after the surgery to form my Urostomy (Ileal Conduit), where a piece of bowel is cut free and used to form a ‘tube’ for the urine to drain from my kidneys, through the ureters, into this section of bowel and then out onto a bag stuck to my abdomen. My gut harbours much bad bacteria due to Chronic Intestinal Pseudo Obstruction (CIPO) causing Small Intestine Bacterial Overgrowth (SIBO), where bad bacteria overpopulates in the bowel. Due to CIPO, my gut has dilated and stretched so much and the bowel wall become so thin and fragile and this allows this ‘bad’ bacteria to leak through the bowel wall and into my bloodstream. There, it settles in my Hickman Line or other points in my body, known as translocation. The third cause of my sepsis battles, seven of them in total, is my kidneys, known as urosepsis. I have a permanent infection in my kidneys, E.coli, which was caused by gut bug translocation initially and is now unable to be cured or even treated unless the infection threatens my life. You see, I have had so many different antibiotics for the E.coli in my kidneys that have failed to treat it, that it is now almost completely resistant. We have two intravenous antibiotics that we can use, in life-threatening episodes, to calm the infection down, but they do not cure it. Therefore, we have to save them for life-threatening situations. It means I live with symptoms from the kidney infection and the infection is slowly damaging my kidneys, but it has not caused urosepsis since March 2016 – a record for me. Aside from my aforementioned battles with sepsis, I live with four permanent, incurable infections, all of which could cause sepsis at any time. 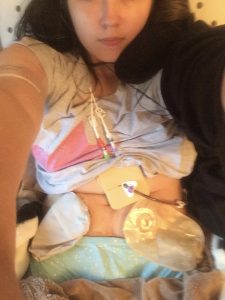