07591592097 lucy@lucy-watts.co.uk
It’s been 5 long years and 5 months since I became ill. It’s been rough, very rough, and hard to cope at times, but there have been some wonderful things that have resulted from my ill health and the battles we have fought.  One of these is the many wonderful people we have met, some of whom have become close friends. And I hope that I, too, have touched their lives. Today, my post is dedicated to them. I am going to tell you about some of them.
The first person who I will talk to you about it Bev, who is a palliative care nurse and Director of Nursing at The J’s Hospice. The J’s became involved with my care in April 2011, when I was literally starving to death. She got me admitted to hospital to start TPN (Total Parenteral Nutrition; feeding into the veins through a line which sits in or in a large vein near the heart). Bev saved my life. Since then she has helped us with so many things, from Social Services, budgets, coordinating my health care, chasing consultants, sorting out prescriptions, finding drugs which will help, and also planning my end of life care. She has done so much for us over the past 2 years, and I owe her my life, as well as my quality of life.
The J’s Hospice play a huge role in my life. They are a young adult hospice, catering for 18-40 year olds. They are still fundraising for their building, but provide a hospice at home service. They come in 2 days a week, usually Monday and Tuesday, from 8am-4pm whilst my mum is at work. They have a team of carers, of whom I see 3 or 4 of them. We have a nice time together chatting and watching TV, and taking the dog out when I’m feeling well enough. We are lucky to have their help and input. One of their carers, Shelly, has been with us since we started having help from The J’s, and her I trust and can talk to about anything. We clicked instantly and she knows me so well, she can pick up on how I am without me having to say anything.

Then there is my private Carer, Leanne. What a fun, almost two and a half years we’ve had. She works for us Wednesday to Friday from 8am-4pm and occasionally does other times as needed and when she can, bearing in mind she has her own family to look after. There’s nothing we haven’t talked about, and we always manage to see the funny side of things. She’s been with us throughout the good and the bad, and she’s become a part of our family, as have her husband and children. We’re so fortunate to have her, and I look forward to her coming. The amount of crime documentaries and dramas we watch I think we could get away with murder – as long as there was wheelchair access!

My consultants I also owe my life to; we’ve seen a few consultants who dismissed my problems and said it was “all in [my] head” or that I had a school phobia, but they were proved wrong time and again. The team I have now are fantastic, though it is a big team and we often have to do the communicating and liaising, they do work together to improve the quality of my life.

I must also mention the nurses: from the stoma nurses, to the district nurses, nutrition/vascular access nurses, the GP Practice nurses, and all the nurses that have looked after me when in hospital. The NHS wouldn’t run without nurses, and they are on the frontline and often get a raw deal. I have had excellent nursing from the majority who have looked after me.
Finally, the people I have met since becoming ill, most of whom I know through the Internet (mainly Facebook). They form a huge part of my support group, and I owe them my ability to cope. Where would I be without the people who are there when I need them, who never judge, who understand me and my situation and who pick me up when I am down. I’m starting to meet some of them I know through the Internet, which is so lovely. I hope that they will read this and know I am talking about them.
Oh, and a big shout out to Liz, who convinced me to start my blog and recently came to do some filming for The J’s Hospice. Despite only meeting twice we get on so well and it feels like we’ve been friends for a long time.
I have a great medical team now, but it wasn’t always that way, as I mentioned earlier. This was partly caused by the lack of knowledge and understanding of Ehlers-Danlos Syndrome. Here is a commonly known phrase in medicine, which I will explain to you to help you understand why. 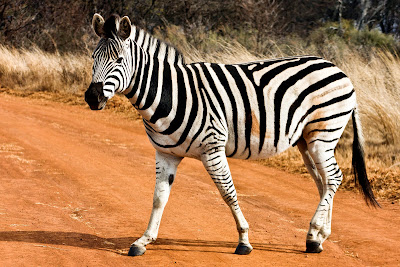 Did you know that I’m a zebra?
I bet you’re confused. I will explain.

“If you hear hoofbeats; think horses, not zebras.”
This phrase is commonly used in medicine. Medical students are taught to assume that the simplest explanation is usually the best, so they are to look for a common illness which explains their symptoms rather than diagnosing them with all sorts of exotic illnesses which are less likely. Common conditions are the horses in this metaphor. If you were to hear hoofbeats, you would automatically think of horses. However, doctors will come across patients who suffer from rarer conditions, which are the zebras in the metaphor. Doctors will often forget to suspect that the patient has a rarer condition, always looking for that simple answer. They forget to suspect that the hoofbeats might actually be coming from a zebra. This makes it harder to get a diagnosis, much less treatment, for their unusual condition. Diagnosis can take years; sometimes decades, and with misdiagnosis being a common occurrence the patient might have been told it was psychological or have been having treatment which was ineffective or even detrimental.
Ehlers Danlos Syndrome (EDS) is considered a rare disease, which is why the zebra is the mascot for EDS. However, it’s more common than one would think because it is under diagnosed. Some people are so mildly affected that they don’t realise they have it, whereas others get diagnosed with conditions such as Fibromyalgia and Chronic Fatigue Syndrome, when in fact they are symptoms of the underlying condition, EDS. Fibromyalgia and Chronic Fatigue Syndrome are often secondary conditions to EDS, as the incidence is higher in EDS patients than the general population.
Also, no two patients are affected the same way with EDS, just like no two zebras have the same pattern of stripes. We’re all as unique and individual as our fingerprints. 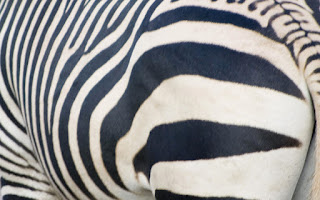