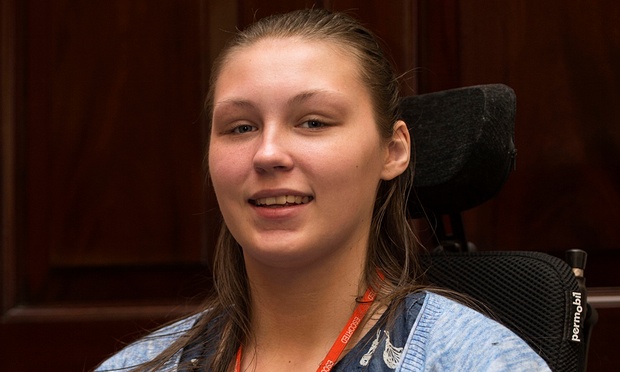 To my wonderful friends, family and supporters, I have a very, very exciting announcement to make: I am now

I have been appointed Member of the Most Excellent Order of the British Empire (MBE) in the Queen’s New Year Honours List!!

MISS LUCY ALEXANDRIA WATTS             22 yrs old            (BENFLEET, ESSEX)
For services to Young People with Disabilities
She has worked tirelessly to be an advocate for other young people with health and disability conditions and to educate others about the needs of children and young people who require constant 24/7 care and the challenges they face. She uses social media to write and speak for charities and for those without a voice, wanting to make her life count and inspiring others to do the same. She posts regularly on her website Lucy’s Light – most recently to promote Dying Awareness Week in May 2015. Her main focus of activity has been children’s palliative care. She has extended this to influencing national policymakers and expert advisers to government.

I am so, so amazed, honoured, proud and humbled that people think me worthy of such an accolade. I still cannot get used to being referred to as MBE or having MBE written after my name; it is surreal. My brain is struggling to comprehend what has happened, I am so, so happy and just so grateful to everyone for getting me to this point.

I would not be here without the support of friends and followers, of the charities who entrust me with the job of representing their charity or cause, of all the many people who have given me opportunities they have: attending Parliament (twice, speaking once), the Department of Health three times (including co-chairing an event there on 1st December 2015), becoming the spokesperson for the Open University Sexuality Alliance and Together for Short Lives’ “Talking about sex, sexuality and relationships” guidance, being Ambassador for Together for Short Lives, the first Global Youth Ambassador at the International Children’s Palliative Care Network, Trustee of the Pseudo Obstruction Research Trust, Ambassador for Dreams Come True and Community Champion and End The Awkward blogger for Scope, and so many other wonderful opportunities.

It has been truly wonderful and I look forward to all the things we will get up to in 2016 and I hope the MBE will open up some doors too.

Many thanks for your support, here are a list of links and bits about the MBE which will probably be updated many times.

Article in The Guardian about my MBE

Congratulations to our inspiring young Ambassador Lucy Watts on being awarded an MBE in the Queen’s New Year Honours…
Posted by Together for Short Lives on Wednesday, 30 December 2015

Many congratulations @LucyAlexandria on the award of an MBE. Well deserved. From everyone @DHChildHealth

See our story about the inspiring @LucyAlexandria – awarded an MBE for services to young people with disabilities https://t.co/W1Mvqu24Lh

Huge congratulations to @LucyAlexandria on her MBE for services to young people with disabilities #NewYearsHonours pic.twitter.com/RxvF9dduEL

See our story about the inspiring @LucyAlexandria – awarded an MBE for services to young people with disabilities https://t.co/W1Mvqu24Lh

. @RebeccaFront @LucyAlexandria Thank you Rebecca – it’s wonderful news, we are so thrilled for Lucy – she is a star & inspiration to us all

Way to go Lucy Watts! You have certainly earned your place on the Queens New Years honours list for an MBE. You work…
Posted by Treats2sit4 on Thursday, 31 December 2015

Happy 70th Birthday, NHS – Thank You For Keeping Me Alive

Happy 70 Birthday, NHS.Today we celebrate the NHS and all its successes and glory. An…

Continuing on with my blog series about the NHS Peer Leadership Academy, here is day…

Charlie Gard: A Case With No Winners