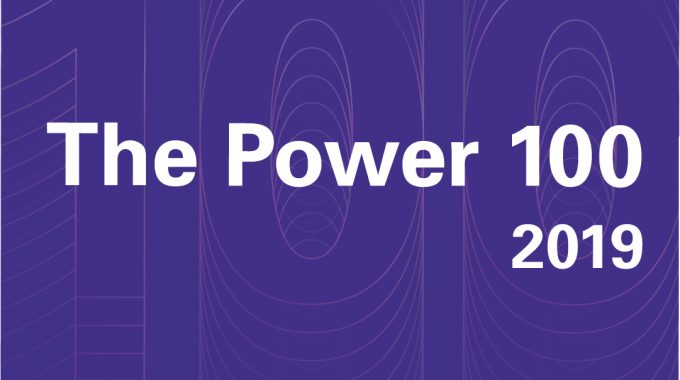 On Tuesday 8th October 2019 the 2019 Shaw Trust Disability Power 100 List was announced at a launch event in the House of Lords. Sadly I was unable to attend – I have been poorly this week with a chest infection and a kidney infection which has floored me – and being poorly, I missed much of the hype. So, I was absolutely amazed to discover this afternoon that not only am I on the list, but I am 9th on the list – the 9th most influential disabled person in Britain!? I couldn’t believe it. “Little old me” – how can it be? I am delighted, obviously, but a little bit awestruck as to how I’ve made it to the top 10. Things like this don’t happen to people like me. Part of me feels a bit like a fraud in the top 10 with such people as my hero (or should that be, she-ro), Baroness Jane Campbell, and Lee Ridley (aka Lost Voice Guy) and all the others in the top 10 – heck I am still dumbfounded at how I’ve made it on the list at all. I look at people and always think they’re doing so much and are far more worthy than I am. However, I do appreciate this incredible honour and feel just a little bit proud.

Thank you, as always, to everyone who has played a part in my journey. Especially those who have helped, supported and enabled me to do the work I do, and to live the life I lead. Take this recognition as recognition for what you have all done for me – I wouldn’t be the person I am today without you. I won’t list people as I’ll be here forever and inevitably forget to put someone’s name on and spend the next few weeks repeatedly editing and adding people, not as I remember them, but as I feel also deserve some recognition and that list of deserving people will just grow and grow – because it really is true when they say “it takes a village” – in my case, a city has got me to where I am!

I also wish someone could’ve somehow shown me 10 years ago where my life would be in 10 years time. This time a decade ago I had developed multi-organ failure, was tube-dependent, bed bound, in excruciating, unmanaged pain, no life, almost no hope, and just about to be told I wasn’t expected to see my 18th birthday. I didn’t see a future for myself. I could barely even call my life an existence at that time. I wish I could’ve somehow seen where life would take me in a decade; though, I am in no doubt I wouldn’t have believed it if I’d seen it, I honestly think I’d have laughed in the face of the person trying to show me, as this was so far removed from the Lucy I was 10 years ago. Shy – painfully, painfully shy – didn’t even want to speak a word in appointments (but was just finding out that adult services won’t accept a parent speaking), giving a speech would’ve been my idea of a nightmare, being in a meeting full of professionals would’ve terrified me, and I would’ve thought everything I do now is completely beyond me. “Not my life” I would’ve said. It’s amazing where life takes you. My illness has taken so much, but boy has it given me so much – I live this life both despite and because of my illness. I’ve had so many amazing opportunities through being ill. If I wasn’t ill, I’d be a doctor now, but I like to think that what people have told me is true – that I’ve probably made more of a difference as a patient, than I likely would’ve as a doctor. It’s some thought.

I hope I can inspire the next generation of disabled young people – to show them to aim high, and not let others’ narrow minds limit their goals, dreams and aspirations. There’s a life beyond illness – even terminal illness – and there is no limits to our potential. Shoot for the moon – regardless of the outcome, you’ll land among the stars.