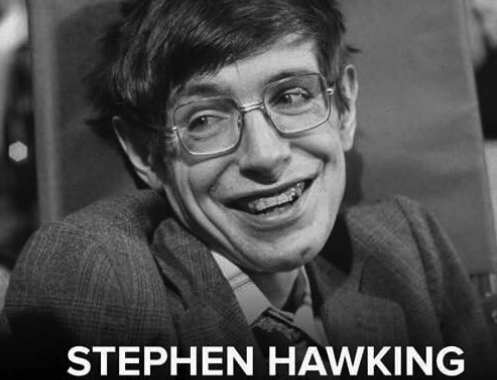 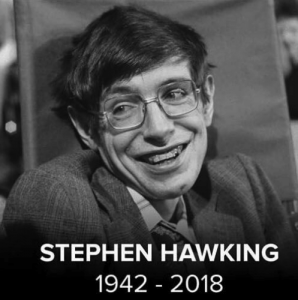 We awoke today to the news that one of our greatest minds, Professor Stephen Hawking, has passed away age 76. Stephen was an incredible person, he had intelligence that knew no bounds, determination and inner strength that would rival any great person, he personified perseverance and possessed a zest for life – and a wicked sense of humour.
We all respected Stephen Hawking, whether you were interested in his work or not, one could not fail to be amazed, inspired and impacted on by Stephen. His legacy will live on in the world of science, of quantum physics, of our understanding of life and how it all began. 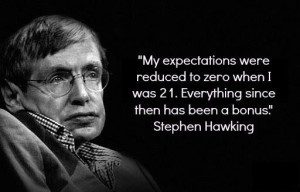 Stephen lived with a terminal illness, one which he was diagnosed with at the age of 22 and given just two years to live; Motor Neurone Disease (MND), specifically a rare, slowly-progressing Amyotrophic Lateral Sclerosis (ALS). Stephen, however was determined; defiant. He was going to complete his studies, he was going to contribute to the world of physics, he was going to live life. And that, he did, becoming one of the greatest minds, one of the best – if not the best – physicists, a university fellow, a writer, a husband, a father, a friend and a teacher in every sense of the word. His contribution to the world is immeasurable, no words can quantify it. He will not disappear into a black hole, his legacy will live on for years and years to come. 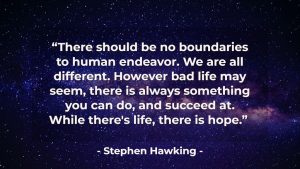 However, for people like myself, his life and achievements held another meaning. His determination to succeed, his refusal to be restricted by a terminal illness, his defiance towards living to the expectations of people with disabilities, his ability to persevere, and his ability to overcome his failing body with his incredible, unlimited, boundless mind, were a source of great inspiration to us all. The way he was, he lived, he thrived and he achieved served so much inspiration for many people like me, with disabilities and with life-limiting illnesses. He showed us that our bodies may be failing, but that doesn’t mean our minds should be limited. We can still do and achieve, just like our fellow non-disabled peers. He also reminded us all that “however difficult life may seem, there is always something you can do and succeed at. It matters that you don’t just give up.”

He held so much inspiration for me. Born with health problems – and a number of them – that went undiagnosed through childhood and that progressed over time, causing me to struggle more and more the older I got, my body finally ‘gave up’ at the age of 14 when I became disabled, dependent upon a wheelchair and round the clock care. I developed multiple organ failure and over the decade since my body gave up, I’ve had to live with a condition that has continued to progress, involving more organs, more systems, causing more complications and making me dependent on ever more specialist interventions to survive. I was told my illness would shorten my lifespan at the age of 17, then told I had a prognosis of less than five years in 2012. Yet, I am still here. Me exceeding my prognosis is not to the extent of Stephen, who survived 54 years beyond his prognosis, but nonetheless, I hope, like Stephen, my survival shows what one can overcome when you have determination, drive, passion, inner strength and a positive focus in life. My palliative care nurse last year said that she thinks that if I didn’t have my voluntary work, I probably wouldn’t be here today. In the same way, I think Stephen’s work has helped to keep him going. Like Stephen, the support of my family has also kept me going, too.
His ability to overcome obstacles has always inspired me. His ability to use his brain in such an incredible way despite a broken body, has always motivated me to not be limited by my physical disabilities. Stephen had the most incredible brain. He had such drive, determination and an unshakeable passion for his work. Stephen would conduct painstaking work every day in pursuit of doing what he loved, contributing to science, making a difference and to making his impact on the world. I feel a real affinity to him, as this is what I feel about my work. My work keeps me going, it is my passion, it is my life, it keeps me going and it gives me great pleasure and satisfaction. As they say, “If you love what you do, you’ll never work a day in your life.” I absolutely love, enjoy and thrive on the work I do. It allows me to contribute to society in the ways I can. My condition will limit my lifespan, but it won’t limit me and my achievements and my potential. It also provides a positive distraction from the pain and the things I go through and distracts me from worrying about the future. It’s taught me to live life in spite of a life-shortening condition. It’s taught me to make plans even though they may change or be cancelled. It’s shown me that my life is worth living.

So today, I say thank you to a hero of mine, a man so great that words will never quantify his magnificence. I take my sadness at his death with the gratefulness that he lived, that he loved, achieved and inspired. I say thank you for giving me hope and for showing me that, in the darkest depths of my illness, that no obstacle is insurmountable, that disability and illness is not the end of the world, that life can be both broken and beautiful at the same time, and that life-limiting illness doesn’t have stop you from living life to the full. Let’s face it, life has a terminal prognosis, we’re all dying. However, people like Stephen Hawking and myself have faced death and thus we know the true value of life. 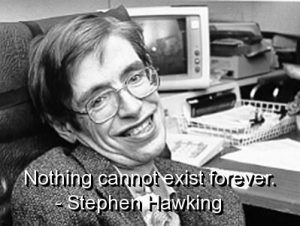 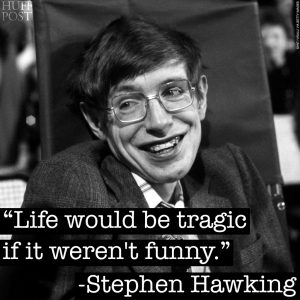